The store will not work correctly in the case when cookies are disabled.

We use cookies to provide you with the best possible user experience. By continuing to use our site, you agree to their use. To learn more, view our Cookie Policy. 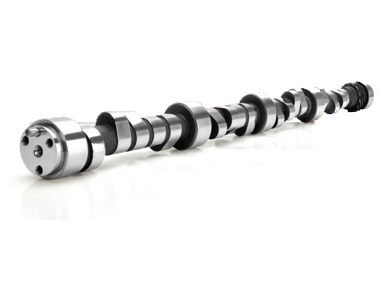 Frequently used in today’s OEM factory engines and mild to moderately aggressive performance engines, hydraulic roller cams use lifters equipped with a roller wheel that tracks along the camshaft lobe, reducing wear and friction, and enabling faster lobe ramp rates than flat tappet cams. These quiet operation lifters feature the same internal design as hydraulic flat tappet lifters with internal cavities and pistons but do not rotate within the lifter bore. Suited for typical street or moderate race engine speeds, the lifters are pre-loaded and do not require a lash setting. Most OEM hydraulic roller camshafts are limited to 6200 rpm and performance aftermarket systems to approximately 6800 rpm. Hydraulic roller lifters require an appropriately selected valve spring to maintain control and avoid lifter float at higher engine rpm. Hydraulic roller lifters can be re-used with multiple camshafts, however they are more costly than any form of flat tappet lifters. 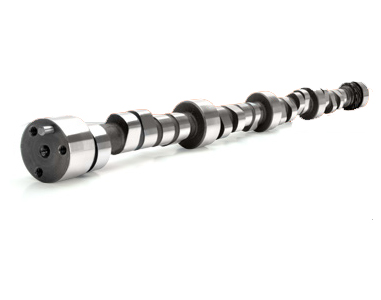 These cams contain all of the same benefits and limitations as a standard hydraulic roller cam; however they include a specialized base circle to accommodate the taller hydraulic roller lifters in blocks that were factory equipped with a flat tappet valve train set-up.

A popular street camshaft used with pre 1985s original overhead valve OEM engines, the hydraulic flat tappet cam is commonly used in up to mildly aggressive performance profiles. The flat tappet lifter has a flat appearing base (this surface is actually slightly crowned) that rides on the cam lobe face, rotating slowly within the lifter bore to promote proper oiling. Internally, the lifter features a cavity that fills with oil and a piston that is depressed by the pushrod (and valve spring). This “hydraulic chamber” provides a cushion of fluid to soften the impact on the valve train, creating room for expansion as the engine reaches operating temperature. Hydraulic flat tappet camshafts deliver quiet operation at street to mild racing engine speeds. The biggest advantage to hydraulic flat tappet lifters is that they do not require constant maintenance to ensure proper valve lash. Hydraulic flat tappet camshafts/lifters are pre-loaded at initial start-up and require little, if any, maintenance from that point forward. Flat tappet lifters can only be used once per camshaft and must be replaced due to wear patterns created by the direct contact of the cam with the lifter base. 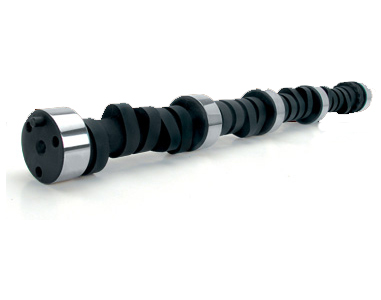 The lash setting is adjusted by using a set of feeler gauges to set the proper distance between the rocker arm tip and top of the valve stem when the lifter is on the base circle of the camshaft. Solid lifter camshafts require a certain level of valve lash maintenance at regular intervals. Flat tappet lifters can only be used once per camshaft and must be replaced due to wear patterns created by the direct contact of the camshaft with the lifter base. Special Note: Flat tappet camshafts require a special break-in process to allow the lifters and camshaft to properly mate. These steps include (but are not limited to) using a suitable engine oil with high Zinc (ZDDP) content and reducing valve spring pressure during break-in. For a complete step-by-step break-in procedure, please consult the Flat Tappet Tech 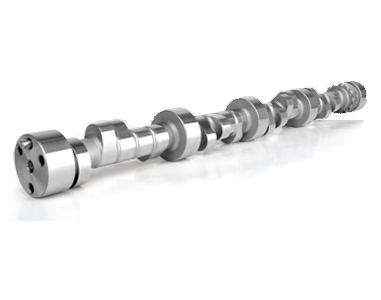 The highest of all performance level camshafts; solid rollers are designed for both high performance street through all-out racing applications. They feature the most aggressive camshaft lobe profiles and withstand the highest valve spring pressures. As with their solid flat tappet camshaft cousins, they are noisier than hydraulic camshaft systems, particularly when cold, yet they deliver more performance and throttle response, especially when adjusted to “tight” lash settings of 0.010" – 0.012". The solid roller camshaft also uses roller lifters that do not include an adjustment for valve train component expansion due to internal engine heat and requires regular lash adjustment service to deliver top performance. Solid roller lifters can be re-used, however are more costly than flat tappet lifters.